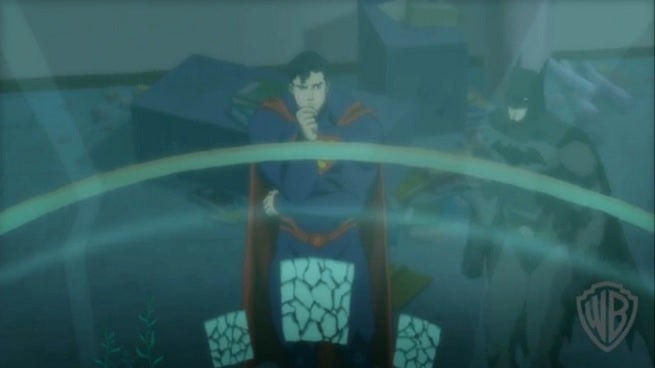 Courtesy USA Today, you can check out the clip below.

In it, Batman and Superman are looking for clues in a ransacked office, when Superman stumbles upon one that might be the most important of all: a photograph of a man named Arthur Curry.

Batman (voiced by Jason O'Mara) and Superman (Jerry O'Connell) seek out clues on the identity of the mysterious Arthur Curry in the animated film "Justice League: Throne of Atlantis," out on Blu-ray and DVD Jan. 27. Warner Bros. Home Entertainment.