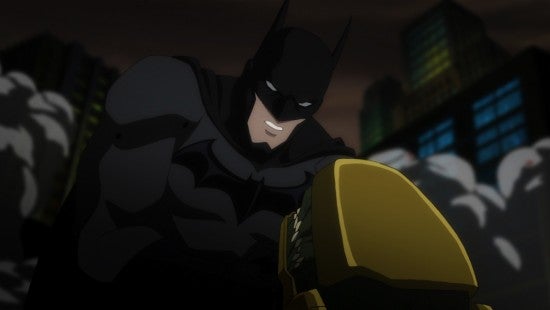 Warner Bros. Home Entertainment have released the first clip of Justice League: War, the upcoming, direct-to-home video DC Universe animated feature. In the movie, based loosely on Geoff Johns and Jim Lee's Justice League: Origin, the team comes together for the first time in the reinvented timeline of the New 52 and faces off against Darkseid and his incursion of Parademons. The clip itself, embedded below, features Batman and Green Lantern meeting for the first time while simultaneously dealing with both a renegade parademon and the local police. Jason O'Mara (Terra Nova) and Justin Kirk (Weeds) provide the voices of Batman and Green Lantern, respectively.