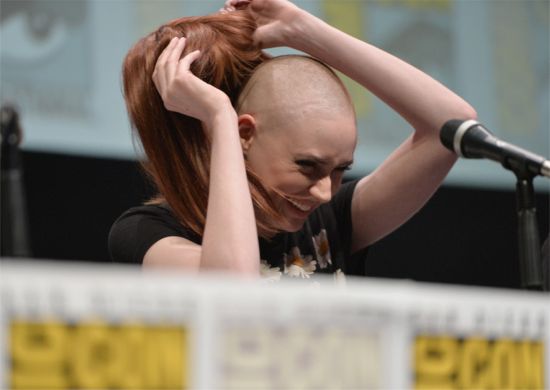 In an appearance at this past weekend's Wizard World St. Louis Comic Con, Karen Gillan spoke briefly about the preparation she went through for her role as Nebula in Guardians of the Galaxy. "I did a lot of training for that role," said Gillan. "I had to work out for two months before. They wanted me to bulk up a little bit, which is funny, because that didn't really happen. I really tried though." Gillan continued, "And then, I had to do fight training every day that I wasn't shooting. They told me that you have to do something six thousand times before it's second nature. I didn't manage to do the routine six thousand times, but we certainly tried." "And then I had to rehearse with Zoe Saldana for a fight sequence, and she required about two rehearsals to nail it. And I took about a month," added Gillan. Guardians of the Galaxy is scheduled to be released in movie theaters on August 1, 2014.