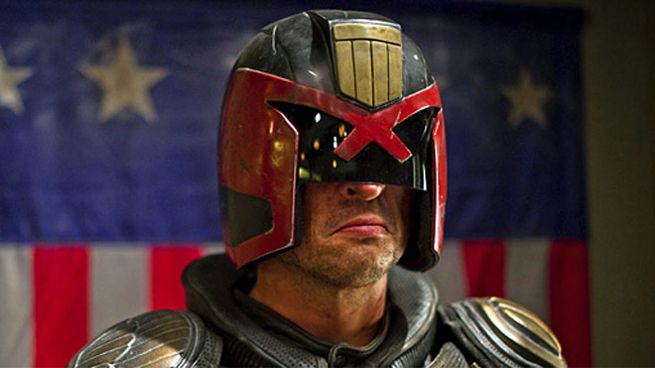 There isn't a lot of new information here (probably because there's none to give, but Dredd and Star Trek star Karl Urban spoke briefly about the possibility of a Dredd follow-up at a Star Trek convention recently, and video was posted online this weekend.

"I'm incredibly proud of that film and it means a lot to me," he said. "And there are a lot of people working very, very hard to deliver a sequel because it is amazing how many people come up to me and say, 'I really would like to see another installment of that film.' I'm meeting with the filmmakers actually on this trip and there's a lot of people trying to make it happen. If it does happen, it's going to be phenomenal and if it's just a one-off event, then so be it, but we're trying."

You can check out the full interview clip below.

Dredd can be streamed on Amazon and Netflix, and is available on home video. October 1 marked the second annual "Day of Dredd," in which supporters rallied to buy, rent and stream the movie in the hopes of generating big revenue and delivering a message of support to Hollywood.