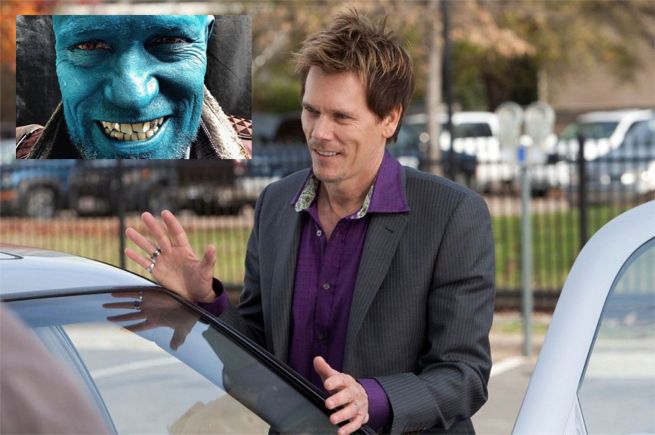 On Saturday, Kevin Bacon tweeted, "Hey @JamesGunn Just out of #GuardiansOfTheGalaxy it's nothing short of #Super IMHO."

There's a couple things interesting about Kevin Bacon's tweet. Of course, Kevin Bacon's name comes up in one of the funniest jokes in Guardians of the Galaxy. When Gamora expresses that because she's a warrior she doesn't dance, Star-Lord replies with the following line.

Really? Well, on my planet, there's a legend about people like you. It's called Footloose. And in it, a great hero, named Kevin Bacon, teaches an entire city full of people with sticks up their butts that dancing, well, it's the greatest thing there is.

Also, Bacon's use of the hashtag #Super in describing the film is a nod at one of James Gunn's other movies. Bacon played the role of Jacques in Super, which was directed by James Gunn.

Also appearing in James Gunn's Super with Kevin Bacon was Michael Rooker, who plays Yondu in Guardians of the Galaxy.

Kevin Bacon Thinks Guardians Of The Galaxy Is Super

Disney in Danger of Losing Exclusive Rights to Mickey Mouse