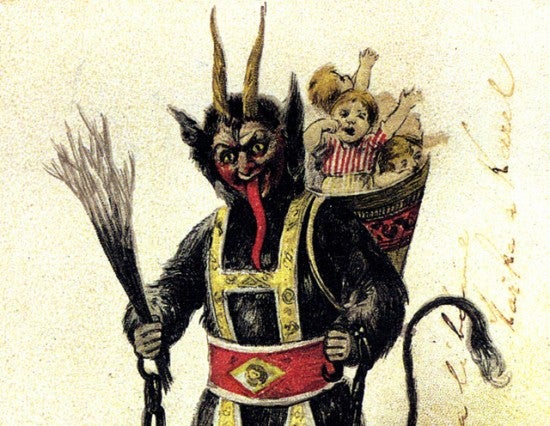 Over at his official blog, Kevin Smith announced yesterday that he has co-written and will co-direct a holiday anthology film in the vein of Creepshow but based on the story of Krampus, the monstrous anti-Santa Claus. Krampus is a beast-like creature from the folklore of Alpine countries thought to punish children during the Christmas season who had misbehaved, in contrast to St. Nicholas. The film will be called Comes the Krampus! and will be directed by four different members of Smith's podcasting community, including his wife Jennifer Schwalbach, who will direct a framing device that links the other three. 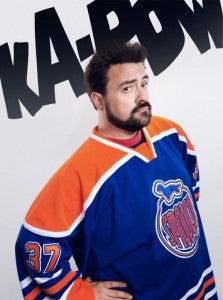 Here's a bit of what Smith had to say about the project: If you listen to the EDUMACATION podcast, you'll remember that episode 20 (Part 2 of the Christmas eps) consisted of another dopey conversation that resulted in a screenplay – a'la SModcast and TUSK. I was goofing around with Mr. Edumacation himself, Professor Andy McElfresh, when we accidentally brainstormed a Christmas horror anthology that would eschew the gruesome spin on Santa Claus, and instead embrace the Scandinavian/German Kid-Eating Christmas creature known as the The Krampus. That podcast was released 12/23/13. It took us less than a month, but Andy and I have finished the screenplay for a flick we're calling Comes the Krampus! It's 99 pulse-pounding pages of what's essentially SModCo's Creeepshow, with four terrifying tales stitched together by a freaky framing device. It was a blast to write and totally new to me, as I never actually wrote a screenplay WITH someone else before. And now, to extend the spirit of collaboration even further, I'M GONNA CO-DIRECT THE FLICK WITH THE SMODCO FAMILY! Andy McElfresh will direct the "The Krampus vs. The 3rd Grade" episode (SO fucked up), Jason Mewes (yes – THAT Jason Mewes) will direct the "Hitler's Krampus" episode (twisted period piece), I will direct the "Mask Maker" episode (the Gothic horror piece), Carol Banker will direct the "The Proposal" episode (which is fucking nuts), and Jennifer Schwalbach will direct "The Bad Babysitter" – which is the framing device that holds the whole mess together. Jordan Monsanto will produce for SModcast Pictures and the twin SModCo cherries on the top of this scary sundae? I'm gonna force my Bro Scotty Mo(sier) to act in it and Babble-Meister Ralph Garman will feature in every episode! Smith said that the script reads like a $2 million feature, and that he'll film it just after he completes production on Clerks III.