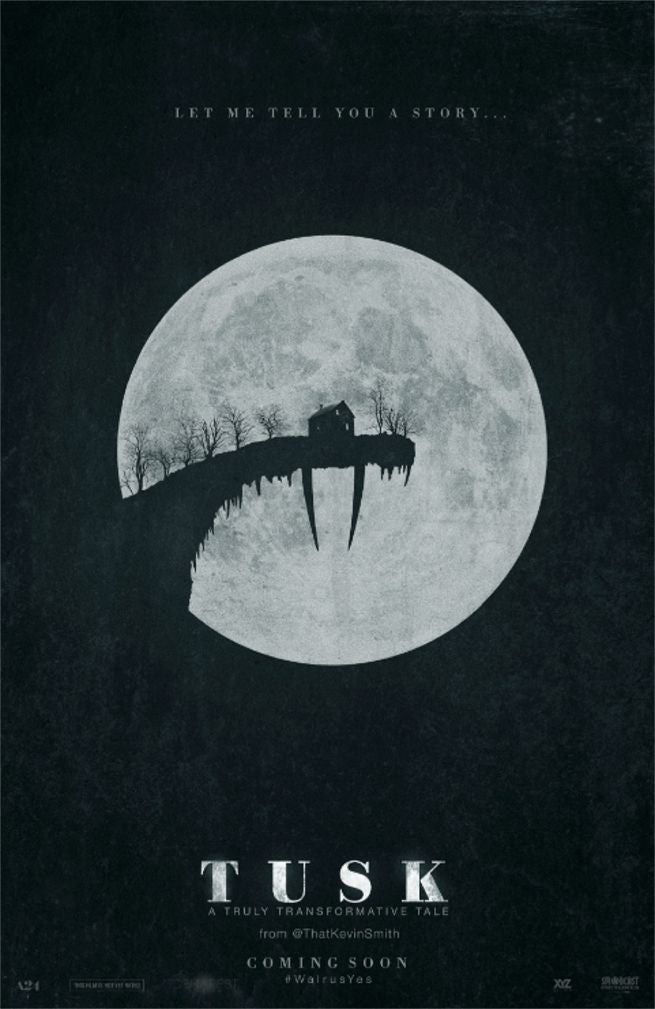 Kevin Smith's Tusk will have its world premiere during "Midnight Madness" at the Toronto International Film Festival.

In Tusk, Wallace (Justin Long) is a podcaster on a mission who thinks he has found the story of a lifetime in Howard Howe (Michael Parks), an adventurer with amazing stories and a curious penchant for walruses. When Mr. Howe's true desires unfold, things take a dark turn and Wallace faces a terrifying transformation at the hands of his captor. As his friends Alison and Teddy (Genesis Rodriguez and Haley Joel Osment) search the backwoods of Canada to rescue him, they discover a nightmare from which there is no escape. Conceived from one of indie legend Kevin Smith's own Smodcast's, Tusk is an unprecedented tale that is equal parts hilarious and horrifying.

The Toronto International Film Festival will be held September 4-14.