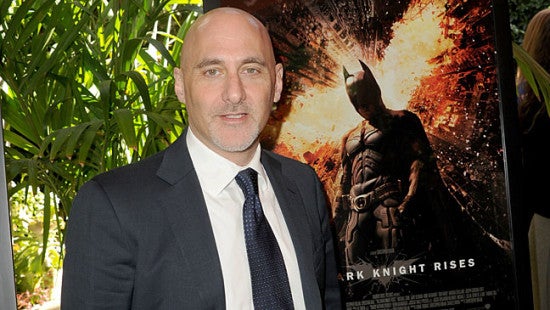 Jeff Robinov, the former Warner Bros. Studios executive known for bringing Christopher Nolan and Ben Affleck (among many others) to the studio and for fostering a filmmaker-friendly environment in the challenging world of big-budget filmmaking, is likely headed to Sony, reports Deadline. Says the report, "Robinov is talking with Dune Capital management Chairman/CEO Steve Mnuchin and GK Films honcho Graham King and Sony USA's Michael Lynton and Sony Pictures chief Amy Pascal about a Thomas Tull-type deal with the Culver City studio. He would bring to Sony already financed pictures like Tull did to Warner Bros with Pacific Rim and 42. However, Robinov is not especially interested in helping financing Sony's slate like Tull did at Warners." The producer, who rumors have recently had headed to 20th Century Fox, would be in a position at Sony to help oversee a number of ongoing comic book franchises, including the planned The Amazing Spider-Man quadrology (the second film hits theaters in 2014) and Men in Black, the third installment of which was the highest-grossing in the franchise history but which seems in need of a reboot amid reports that neither Tommy Lee Jones nor Will Smith are likely to return for future installments. Robinov's exit deal with Warner Bros. won't allow him to accept or even seriously negotiate for a new job in the film industry until the middle of next month. He's currently a hot commodity following the success of Gravity--a film he championed at Warners and which just topped the U.S. box office for the third week in a row.