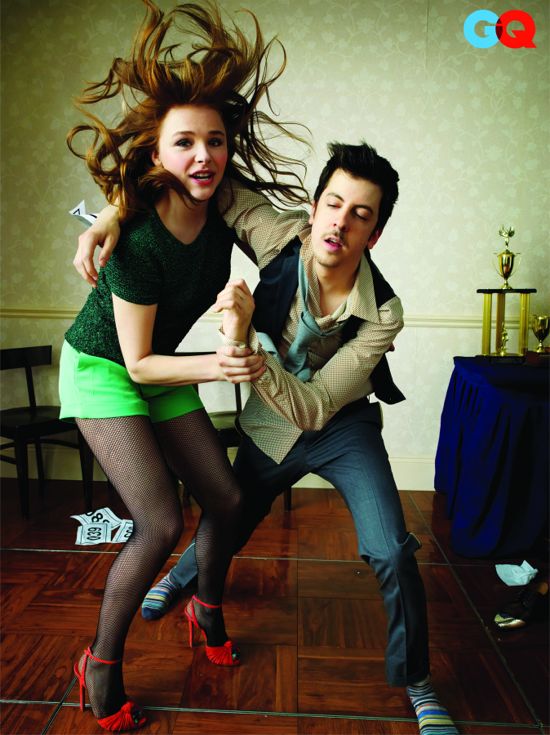 Summer 2013 is once again the summer of superhero movies. In addition to Iron Man 3, Man Of Steel, and The Wolverine, Kick-Ass 2 will also be arriving in theaters this summer. Kick-Ass 2 co-stars Christopher Mintz-Plasse and Chloe Grace Moretz became good friends while working on the original Kick-Ass film in 2010. Chloë Grace Moretz played the hero Hit-Girl, while Christopher Mintz-Plasse played bad guy Red Mist. The two are featured in the June Comedy issue of GQ. "In almost every interview, Chloe would beat me up," says Mintz-Plasse of the then 13 year-old Moretz. "She was in fight training for months, and she was really freaking strong." Check out a photo from GQ above, as well as a video of the two clowning around at their photo shoot below. Kick-Ass 2 is scheduled to be released at movie theaters in the United States on August 16, 2013. Photo Credit: Peggy Sirota/GQ.