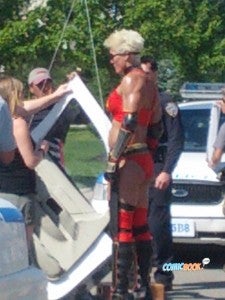 A reader has sent us a batch of new set photos from the in-production film Kick-Ass 2: Balls to the Wall. Saying that they shot the photos themselves today and last night, we don't get much of a different look than we got from a Canadian suburb last night, except that these are quite a bit clearer and you get a better look at Mother Russia than anything that had surfaced up until now. In spite of the different costume--and acknowledging it might still be a different, female character--it does appear as though the half-joking suspicions about the character simply being Jim Carrey in drag are pretty unlikely at this juncture. The only thing that we will add here--and we could have said this based on the last set, as well, but the close-up of the cop car's back end really emphasizes it--is that reports, being debated by those on the scene, that there had been an explosion involving one of those New York Police Department cruisers certainly seem to be supported by the blast marks/charring on the trunk of the car in the foreground of one of these shots.It also appears as though she's being set up in the shot at right for a special effects shot involving throwing the door to that police car--possibly after ripping it off? Having not read the second Kick-Ass series by Mark Millar and John Romita, Jr., I'm a little out of my depth speculating what might be happening and the photographer who sent us these shots didn't give us much more to go on than what we already knew from yesterday's shots. Kick-Ass 2 is filming now in Canada for a release on June 28, 2013. 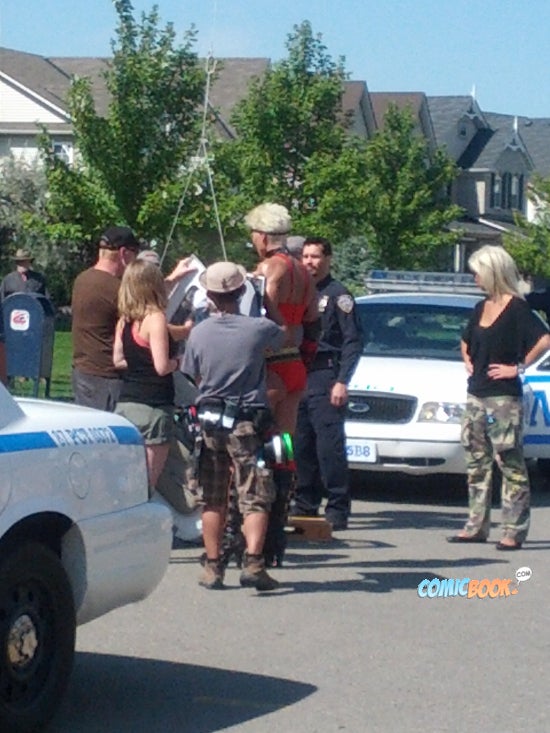 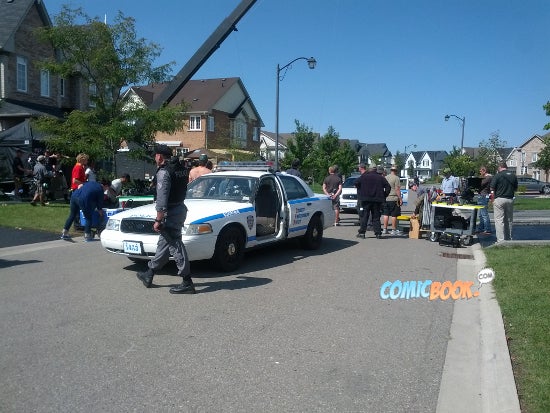 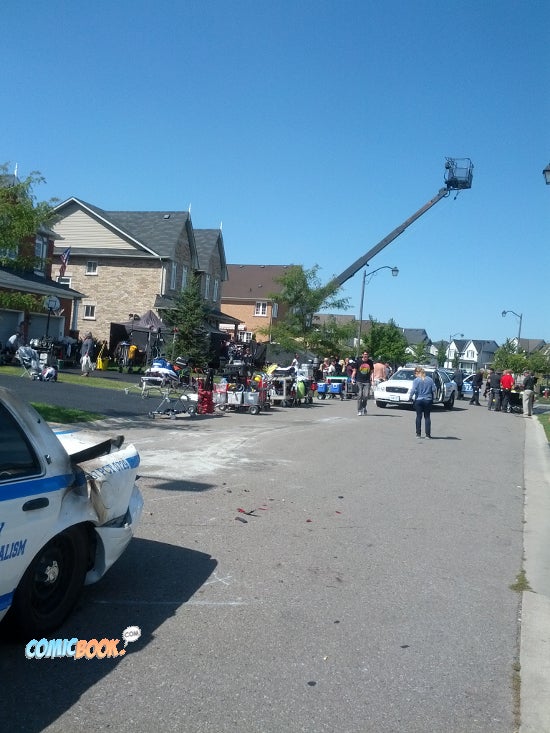