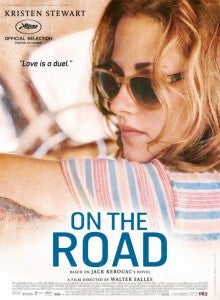 While we've been making jokes lately about still photos that show Kristen Stewart beating a big, musclebound guy in an armwrestle during The Twilight Saga: Breaking Dawn Part 2, maybe it should have been Angelina Jolie and Sarah Jessica Parker she was manhandling. Those two have been the highest-paid actresses in Hollywood for years now, a title recently usurped by the Twilight star's $34.5 million payday, according to Forbes. Stewart is not only reigning at the top of the list, but her earning potential over the next few years is absolutely astronomical when you consider how much easier it is for younger women to get parts; the Snow White and the Huntsman star is sixteen years younger than anyone else on the list. The list, which hits this time every year, measures the actress' estimated earnings from May 2011 until May of 2012, meaning that it takes into account at least one Twilight film as well as Snow White and the Huntsman and the long-awaited adaptation of Jack Kerouac's On the Road.