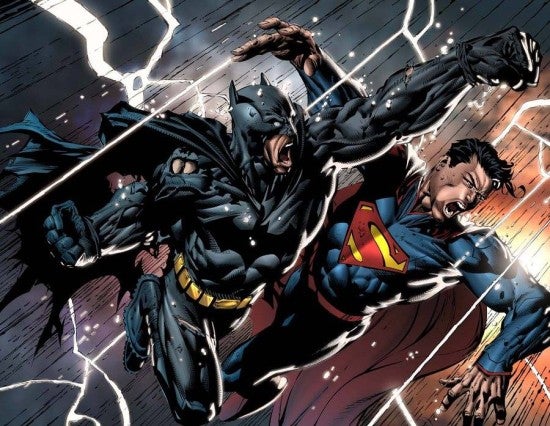 After the first trailer debuted for Man of Steel, many fans noticed similarities to Mark Waid's Superman: Birthright miniseries in the content of the film. Well, another movie and another Mark Waid story, it seems. A producer with ties to Warner Bros. has tweeted a message that's being taken by some as insider knowledge--and it seems to suggest that Ben Affleck's older and "world-weary" Batman may be headed into Kingdom Come territory, dispatching automatons to do his night patrols for him while he controls them en masse from the Batcave. You can check out the tweet, embedded below via Comic Book Movie: 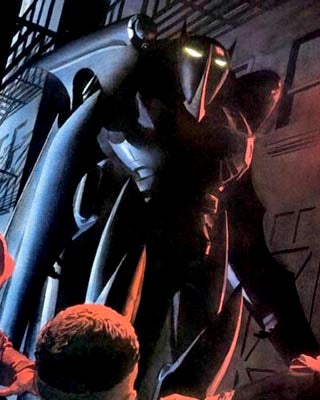 For those who don't remember, that's something that happened in Kingdom Come, tip to tail. Batman was already alienated from Dick Grayson (then Red Robin), a situation that only got worse when Dick teamed up with Superman and Wonder Woman to re-form the Justice League while Batman was pursuing other means of bringing peace to the world. His massive Bat-robots, one of the coolest early images in the series, were in the comic a substitute for Bruce, who was older and whose body had been damaged by years of jumping from rooftop to rooftop. If true, this might explain some of those early rumors that the post-Man of Steel Batman reboot would actually be a Batman Beyond story: a Batman who shares these characteristics from Kingdom Come has a good deal in common with the Bruce Wayne of Batman Beyond. Don't expect too true an adaptation, though; Affleck isn't getting into fighting shape so he can look really good sitting in a chair.