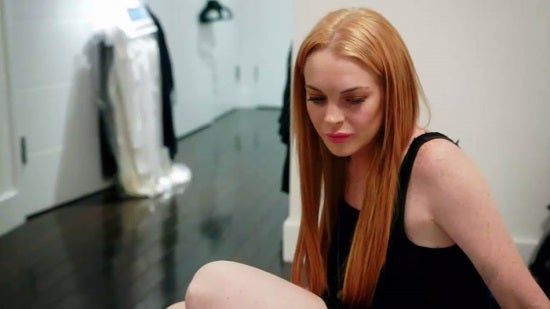 Lindsay Lohan, apparently, wanted to join the Avengers. In last night's episode of "Lindsay," Lohan's reality television series on OWN, Lohan went on a rant about how her manager and agency weren't doing enough to help get her acting career back on track. During the course of the tirade, she mentioned a missed opportunity to be part of the "Avengers" franchise. Lohan said to her life coach, "Like, with 'The Avengers,' Evan [Hainey, her manager] just sent me a text where he's like – this was yesterday, or the day before – and he goes 'They're going with an unknown for The Avengers.'" Lohan never mentions what role she was up for, but one would assume it was in "Avengers: Age of Ultron," since the text message conversation occurred days ago in the clip (which, presumably, was recorded weeks, or maybe months, before airing). The only major female character added to cast for the sequel is the Scarlet Witch, being played for Elizabeth Olsen. Does that mean Lohan was gunning for the Scarlet Witch role and that Olsen is the "unknown" mentioned in the text message from her manager? Of course, we don't know that for a fact, and there could be other things going on behind-the-scenes that we don't know about, but, given what we know, Lohan trying out for the Scarlet Witch seems most likely. "Avengers: Age of Ultron" opens in theaters May 1, 2015.

Lindsay Lohan Wanted To Be In The Avengers