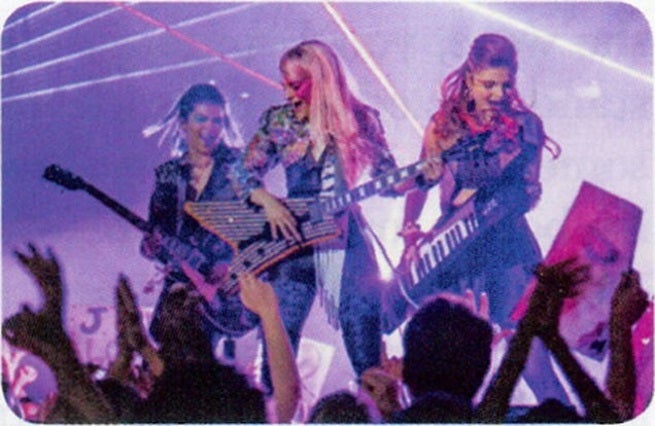 The first image, grainy as it is, from the Jem and the Holograms has been released. Appearing in Elle Magazine's March issue, the image shows the holograms rocking out on stage.

Based on the 1980s Jem animated series that, created by Christy Marx, the film stars Aubrey Peeples as Jem, with Stefanie Scott, Hayley Kiyoko, and Aurora Perrineau playing the Holograms. The film also stars Juliette Lewis, Ryan Guzman, and Molly Ringwald, and is directed by Jon Chu.

Jem and the Holograms will open in theaters October 23.