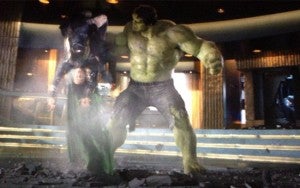 While director Joss Whedon has already confirmed that Loki won't be part of The Avengers: Age Of Ultron, Tom Hiddleston recently made some interesting comments that suggest Loki has not seen the last of Thor's fellow Avengers. During an interview with MTV, Hiddleston described Thor: The Dark World as "a sequel to Avengers as much as it is to Thor." It's an interesting description, which raises the question of if any of Thor's fellow Avengers might have a presence in Thor: The Dark World. Hiddleston also mentions that there is one particular Avenger besides Thor that Loki is rather anxious to see again. "I do feel like there's some unfinished business between Loki and the Hulk," Hiddleston said. "I feel like he didn't get a fair fight." It's probably doubtful that the Hulk will make an appearance in Thor: The Dark World (even though it's always possible), but Hiddleston's comment does make us wonder if we might hear Loki make some bitter comments in reference to the Hulk during Thor: The Dark World. In regards to when Loki might get a chance to settle the score with Hulk, Hiddleston said, "Who knows? You'll have to see what happens in The Dark World to find out where Loki finishes up."

Loki Has Unfinished Business With Hulk, Thor: The Dark World Is Avengers Sequel