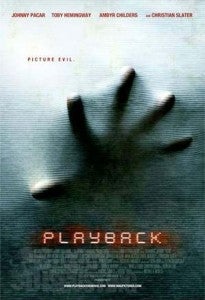 While pretty much everyone knows that The Avengers was the highest grossing movie of 2012 with an astonishing $623 million at the U.S. box office, what about the lowest grossing movie of the year? No, it wasn't one of the highly publicized flops like John Carter or The Oogieloves in the Big Balloon Adventure. According to The Daily Mail, the lowest grossing movie of the year was the indie horror film Playback. The movie Playback was only released in one movie theater and had an opening weekend of $252. It played for a week, but only managed to take in another $12 for a total box office take of $264. If you think Playback probably featured no name actors, then you would be wrong. Christian Slater actually played a starring role in Playback. The film also had a decent size budget of $7.5 million.