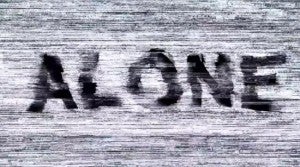 Warner Bros. has put out a couple of viral videos showing Zod's first contact with the people of Earth. Now, the website MovieClips.com has put out their own viral marketing take on the alien invasion in Man Of Steel. The video starts with three guys from MovieClips getting ready to review a new trailer for The Hobbit: The Desolation Of Smog, when suddenly there's a loud noise and the room starts to shake. The camera then pans out to show the rest of the MovieClips staff, whose computers have all been taken over by Zod's "You Are Not Alone" message. Probably, the most interesting thing about the video is how it starts out looking like something that's being shot in a basement, but then it shows that MovieClips actually appears to be a pretty large organization with dozens of people working in some type of warehouse office. MovieClips obviously put some money into developing the clip, which contains some great visual effects at the end. While likely expensive, the viral video appears to be paying off for them, as it has racked up over 115K views on YouTube in its first day of release.