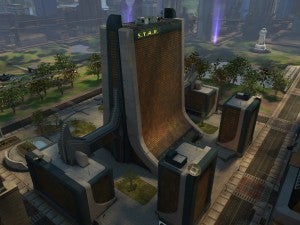 Talking with MTV News at the World Premiere of Man of Steel in New York earlier this week, screenwriter David S. Goyer admitted that there's a little Easter egg in the film that could be seen as connecting the film to Cyborg for a potential appearance in a Justice League movie...but the name of the organization in question is one that is actually connected to many DC heroes. "We mentioned S.T.A.R. Labs at one point, so that's kind of a connection to Cyborg," Goyer said in the video, embedded below. S.T.A.R. Labs does, indeed, have a connection to Cyborg, but it's also tied in with characters like Firestorm, Booster Gold (there's already an Easter egg for him, though), John Henry Irons (remember how we thought he could potentially show up in the franchise?) and The Flash. S.T.A.R. Labs was the go-to organization in the '80s and '90s, and as such  has plenty of connections to the John Byrne/Marv Wolfman/Dan Jurgens/Mark Waid stories that seem to be informing much of this film. At a minimum, the organization once employed Dr. Emil Hamilton, who is known to be in the film (played by The West Wing's Richard Schiff). You know who else worked there at one point? Rip Hunter and Jack Soo, who were instrumental in the invention and repair of the time sphere that would carry Booster Gold back to our time from his home in the 25th Century. The organization also has a long history in other media, having appeared in the Young Justice and Justice League Unlimited cartoons as well as on Smallville and in the DC Universe Online game.