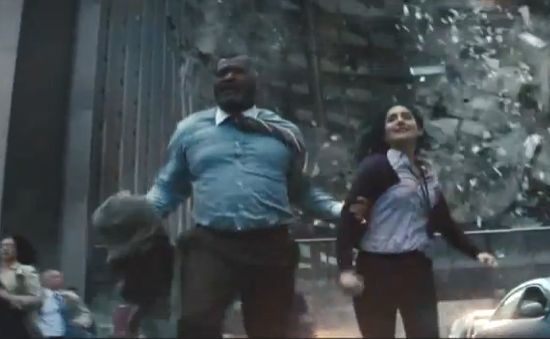 In the upcoming Man of Steel movie, there has been much speculation over the last several months to if Superman's Pal Jimmy Olsen will appear in the movie. From the casting lists that have surfaced, there doesn't appear to be anyone cast in the role of Jimmy Olsen. So has Jimmy Olsen been left completely out of the Man of Steel? Well, a new rumor that started gaining traction on message boards this past week is that Jimmy Olsen might actually be a female in the Man of Steel. According to IMDB, actress Rebecca Buller has been cast in the role of Jenny Olsen. Of course, IMDB can often be wrong, but an image from the recent Man of Steel trailer seems to back up the IMDB listing. In the Man of Steel trailer, actress Rebecca Buller is shown running alongside actor Laurence Fishburne. It has already been confirmed that Laurence Fishburne will be playing Daily Planet editor-in-chief Perry White, so it would suggest that Rebecca Buller is also playing a Daily Planet employee. Now, here's another little tidbit. There has been a female version of Jimmy Olsen named Jenny Olsen that has appeared in DC Comics' Superman comic book. In Superman #349, Superman returns from a space mission to find out that Mr. Mxyzptlk has turned everyone on Earth into the opposite sex. The female version of Jimmy Olsen is named Jenny Olsen in that storyline. 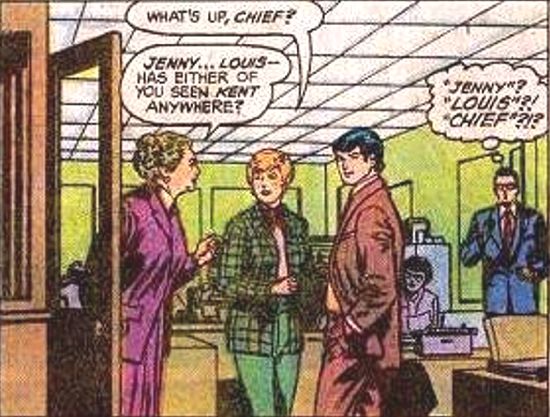 Man Of Steel Rumor: Jimmy Olsen Is A Woman