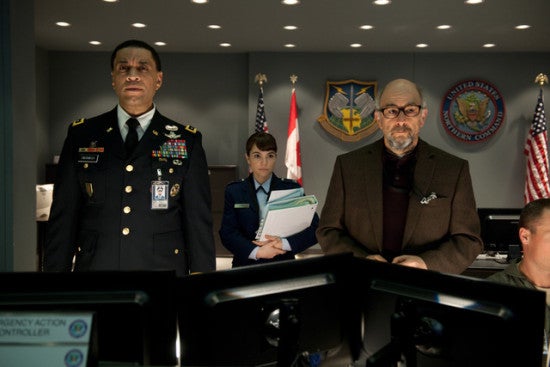 In a new interview with Collider (via CBM), Man of Steel actor Henry Lennix says "I have some confidence thaat I'm gonna be in" Batman vs. Superman when pressed for information on the hotly-anticipated follow-up to Zack Snyder's Superman reboot. Lennix, of course, played General Swanwick in the film, a fairly small role, but he was the one who was tapped by Snyder to deliver a dramatic speech at San Diego Comic Con International announcing Batman vs. Superman. "Zack introduced me and the people understood what was coming," Lennix said. "It was all in real time, and the audience was playing catch-up to the mysterious weight of this reading. Just to be a part of that and to really be going on auto-pilot was just surreal. It was like an out-of-body experience. I couldn't see anybody out there, just because of the nature of the configuration, but I could feel them. It's like having sonar. You could feel this wave of energy coming up, the lights black out, and then I went off stage. It was a once-in-a-lifetime thing. When's the next time I'm ever going to be able to say that Batman and Superman are going to be in the same movie. That's crazy!" Batman vs. Superman comes to theaters on July 17, 2015.