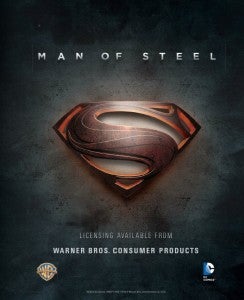 At the Warner Brothers/Legendary Pictures panel earlier today, the studio unveiled the first trailer for Zack Snyder's new Superman reboot, Man of Steel. From executive producer Christopher Nolan (The Dark Knight Rises), the film stars Henry Cavill as the Last Son of Krypton, along with Russell Crowe, Kevin Costner, Amy Adams, Diane Lane, Michael Shannon, Christopher Meloni and Laurence Fishburne, and will be in theaters in June 2013. With a darker look and flashes of his childhood, it's going to be a very different Superman. Different tougher Superman, and a different look than we've seen from other films. Footage shown has quick shots of Smallville, farms, Kent as a child wearing a cape. More of the farm, cutting back and forth during different types of his life - the ship crash, teenage Clark saving a bus, holding a metal S. More quick flashes - Amy Adams as Lois, Clark saving someone from a fall off a building and finally the costume. Seems to be teasing the whole thing - now showing Superman in costume seemingly with handcuffs. Looks like (as always) there will be a big fight sequence near a bank - as Superman is being thrown into a vault door. There 's one quick appearance of Zod, so quick you almost miss it. The full teaser trailer will be shown before The Dark Knight Rises. Check out the rest of our coverage from the Warner/Legendary panel here.