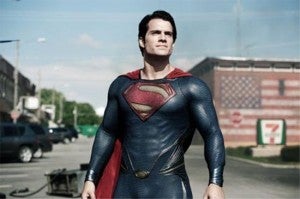 Man Of Steel Passes Half A Billion At Worldwide Box Office