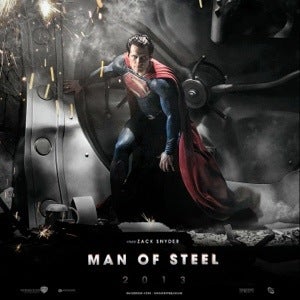 Hans Zimmer's score for the forthcoming Superman reboot Man of Steel will be available on June 11, but you can pre-order it now. The CD, titled Man of Steel: Origin, has led some to believe there may be another CD forthcoming; certainly with no track list yet confirmed, it very well might be that a soundtrack CD and a score CD will each be released, as happens with a number of big movie releases where they want to get everything they can out of the sizable investment they make in the film. Zimmer has said that the sound of the new movie will be dramatically different from what you've heard before, and that he'll be steering clear of the classic John Williams theme used in the first five Superman films.

Man of Steel Soundtrack Available For Pre-Order, Will Release June 11