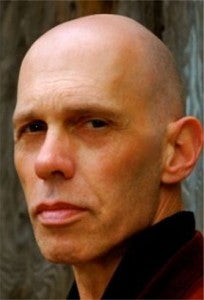 With Man Of Steel only three weeks away, more and more details about the movie are starting to leak out online. One of the biggest mysteries of the Man Of Steel has been what role Mackenzie Gray will play in the movie. There have been lots of rumors and speculation in regards to his role, so be warned that spoilers follow that reveal his actual role. The biggest rumor about Mackenzie Gray's role has been that he will play Lex Luthor. Ain't It Cool News reported that a source told them that Lex Luthor would play a major role in Man Of Steel, so speculation naturally led to Mackenzie Gray, who had played a Lex Luthor clone in Smallville and had revealed that he had a role in Man Of Steel. Other rumors suggested that Mackenzie Gray might be playing Braniac. However, the latest online buzz is that Mackenzie Gray is playing neither Lex Luthor nor Braniac. Mackeznie Gray is instead playing a Kryptonian scientist named Jax-Ur. On Krypton, Jax-Ur is basically an evil scientist-type, who joins up with Zod. In the comic books, Jax-Ur has had a couple of different storylines throughout the various DC Comics reboots. Most often Jax-Ur has been written as a criminal scientist who destroyed Krypton's moon. In the Smallville TV series, there was also a Kryptonian scientist named Dax-Ur, who is considered to be either a TV version of Jax-Ur or a brother of Jax-Ur. Interestingly enough, Dax-Ur was the creator of Braniac in the Smallville TV series. Could Zack Snyder be planning to use Jax-Ur to lay the groundwork for the introduction of Braniac in Man Of Steel?