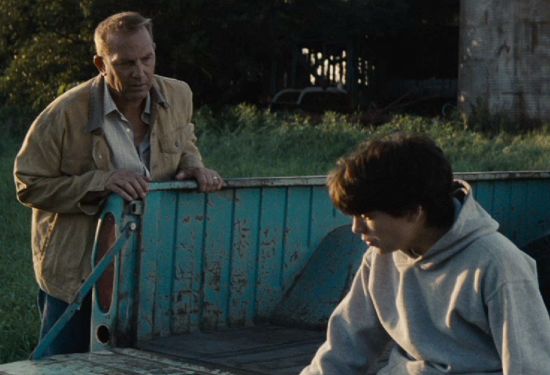 While the new Man of Steel trailer has received rave reviews, there is one line in the trailer which is generating quite a bit of controversy. Yes, we're talking about when dear old Pa Kent seems to be telling young Clark Kent that he maybe should have let a bunch of kids in a school bus drown. All "Call Me Maybe" jokes aside, there are a lot of ways the "Maybe" line could be interpreted. We've compiled a list of five possible explanations as to why Jonathan Kent tells Clark, "Maybe." 5. Maybe He's Concerned For Clark's Safety – Never underestimate a parent's love for their child. Perhaps, Jonathan Kent had watched the movie E.T., and he realized that if the government discovered that Clark was an alien that they would come and take him. They might even cut him open and dissect him. Even though it might seem harsh, maybe Jonathan Kent is willing to let other kids die to protect the safety of his own son. 4. Maybe He Wasn't Finished With What He Was Saying – Movie trailers can often be cut together in tricky ways to create shock value. Maybe there was more to what Jonathan Kent was saying. Maybe the rest of his sentence was something like "maybe…you should find some way to save them without revealing your secret." Maybe, Zack Snyder purposefully had the trailer cut in a misleading way, because he knew it would get fans talking. 3. Maybe He Was Testing Clark – Given Clark was a young man learning his way in the work, maybe Jonathan Kent knew that Clark could face peer pressure from others. Maybe, he was just testing Clark by saying "Maybe" to make sure Clark's heart was in the right place. 2. Maybe He's Thinking Of The Greater Good – Jonathan Kent knows that Clark's abilities could help change the world. But he might also fear that change could be for the bad if Clark fell under the wrong influences. Maybe, Jonathan felt that it might be better for a few to die now than to risk the wrong people finding out about Clark and attempting to turn him into a weapon of mass destruction. 1. Maybe He's Trying To Explain To Clark That He's Not God – While Clark has amazing abilities, even he has his limitations. Maybe Jonathan realizes that Clark could easily try to impose his will upon the world and his actions could have consequences. Maybe his point to Clark is that things both good and bad are going to happen in the world and that he can't always play God. He's going to have to make choices about when and if he decides to interfere in the lives of the rest of the world.