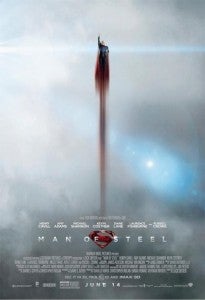 Another new TV spot for Warner Bros.' Man of Steel has hit the Web, and this one (released through the movie's official Facebook page and embedded below) deals with the way Superman interacts with humanity. The ad also shows a different side to Jonathan Kent--while up until now, we've seen Superman's earth father as fairly hesitant for his son to "come out" as an alien, here he tells him that one day he'll have to decide for himself whether to "stand proud before the human race." The Superman reboot, directed by Watchmen's Zack Snyder, will be in theaters June 14.