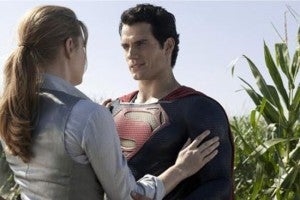 After seeing Man Of Steel, I labeled it as the best comic book movie ever made. I didn't expect everyone to agree with me on that statement. There have been a lot of very good comic book movies fortunately, and different films are going to appeal to different people's taste. For instance, if someone is looking for a fun action movie, it doesn't get any better than The Avengers. And on the other hand, if someone wants a complex, thought-provoking movie, then they should look toward any of Christopher Nolan's Batman films. I loved both The Avengers and The Dark Knight, and it's not like Man Of Steel made either of those movies any worse. What impressed me about Man Of Steel is that it seemed to draw on the best of both The Avengers and The Dark Knight. It had the realism of The Dark Knight movies and also a dash of the fun of The Avengers. However, I could easily see someone preferring The Dark Knight or The Avengers over the Man Of Steel depending on their personality type or what type of mood they were in while seeing the films. It's widely considered that The Dark Knight and The Avengers are two of the best comic book movies ever made, and my feeling is the Man Of Steel is in the same league with them. Now, I also wrote in my review of the film, "I really can't fathom anyone not liking this movie." However, it turns out that some critics didn't like the film. Now, I can understand not everyone jumping on the best ever bandwagon, but anyone not liking the film came as a huge surprise. Man Of Steel isn't by any far cry of the imagination a bad comic book movie. It's got a stellar cast, a great story and the visuals effects are amazing. Heck, even if someone closed their eyes during the entire movie, the Hans Zimmer soundtrack alone would keep it from being labeled a bad comic book movie. With this in mind, I took a look at some of the negative reviews on Rotten Tomatoes to see if perhaps some of those critics had somehow accidentally traveled back in time and stumbled into a showing of Superman IV: The Quest For Peace by mistake. Upon reading the reviews, it became very clear what the problem was. When the team of Goyer, Nolan, and Snyder came together to create the new Man Of Steel movie, they made the film from the standpoint of that they were making the first ever Superman movie. However, the reality is that they were not making the first ever Superman movie, and a lot of critics have seen the previous Superman movies, which leads to preconceived expectations. While Superman Returns faced criticism for being too much like the Donner Superman movies, Man Of Steel is being criticized for the exact opposite reason. Several critics specifically drew comparison to the film not having the whimsical charm of the 1978 Superman as their primary reason for not liking the film. Man Of Steel is a far different movie than the 1978 Superman movie, and if someone is expecting to see the 1978 Superman movie again, then they are going to be disappointed. For my own part, I loved the 1978 Superman movie as well, but I didn't want to see Man Of Steel try to be it again in the year 2013. Just like I enjoyed both Tim Burton's Batman and Christopher Nolan's Dark Knight, I can like both Donner's Superman and Snyder's Man Of Steel. Though, it's not going to be something that every viewer is likely going to accept. Change always leads to some controversy and some criticism, as even the loss of Superman's red briefs was repeatedly cited as a cause of concern by some critics. Besides the comparison to Donner's Superman, the other running criticism seems to be Man Of Steel has too much action, too many visual effects, and is too loud. There is no denying that Man Of Steel is an epic action movie, done on a grand scale. If someone doesn't like loud noises, watching fight scenes, or seeing things blow up in a movie, then they are not going to like Man Of Steel. Another part of some critics' disappointment appears to be that Superman's relationship with Lois Lane isn't explored in more detail. With the 1978 Superman, the romance between Superman and Lois was the key focal point of the movie, but in Man Of Steel the relationship between Clark and his two fathers, Jor-El and Jonathan Kent does seem to take more of a precedence. Of course, that's because Goyer, Nolan, and Synder aren't trying to tell the same story as the 1978 Superman, as they've created a new Superman movie that is unique, different, and has its own storyline. It's actually a wise move in my opinion. The first movie should be about telling the origin of Superman, which means family should be the focal point. Goyer, Nolan, and Snyder actually end Man Of Steel in such a way that it lays the groundwork for the sequel to dig more into the Superman and Lois Lane relationship. The critics that are lamenting that the movie didn't revolve entirely around the Superman and Lois romance will likely get more of what they are looking for in the sequel. Even the critics that panned the movie for being darker than the 1978 Superman and having too much hitting and not enough kissing still seemed to praise the performance of Henry Cavill and the rest of the cast, which is good news for Warner Bros. While critics might often hold a movie to some preconceived notion of what they think it should be, the general public tends to focus much more on whether the movie was entertaining and if they liked the cast. Man Of Steel should play well with viewers, even if some critics did find a reason not to like it.

Man Of Steel: What’s Up With The Negative Reviews?