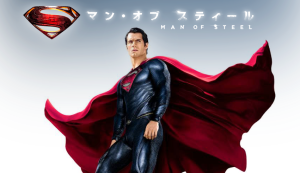 As they did with the World Premiere in Manhattan, Warner Bros. will webcast the Japanese red carpet premiere of Zack Snyder's Man of Steel, reports the Man of Steel Fan Page. Star Henry Cavill, director Zack Snyder and producers Debbie Snyder, and Charles Roven will fly to Roppongi Hills Arena, where the premiere is set to take place at 6 p.m. Tokyo time. That's 5 a.m. on the U.S. East Coast or 2 a.m. Pacific. You can watch it live here. This is the first major press event for the film since San Diego Comic Con International, where it was revealed a sequel has been greenlit that will co-star Batman. Writer David S. Goyer, who has been the freest with information about the sequel, is not listed as a guest, so don't expect too much insight into the prospects for 2015 unless either Cavill or Snyder go way off-script. Japan is the last major market where the film will debut, opening next Friday, August 30. Warner/Legendary's other big summer tentpole, Pacific Rim, opened there last week to disappointing numbers, bested by World War Z and a number of Japanese releases at the box office. The film, which reinvented and modernized Superman's mythology, was the first time since 1978 that the character had seen a theatrical, live action release that wasn't a sequel to Superman: The Movie by Richard Donner. Other iterations of Superman during that time, most notably Smallville, also took place in the world of Donner's Superman.

Hocus Pocus 2: Another Original Star Not Returning for Sequel