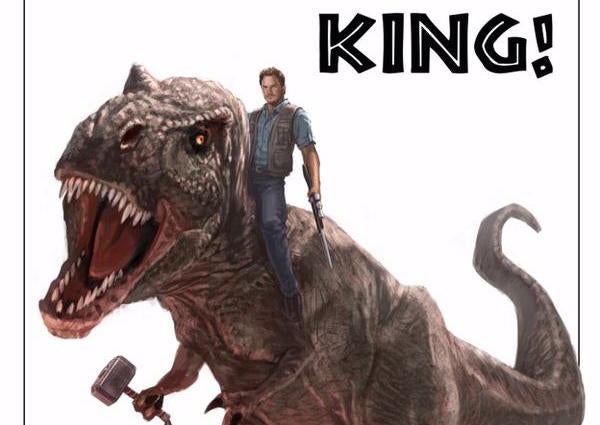 According to Kevin Feige, The Tyrannosaurus Rex is indeed worthy.

Feige, the head/All-Seer of Marvel Studios, congratulated Jurassic World on dethroning The Avengers as the domestic film release with the highest opening weekend of all time. The Avengers previously held the record since 2012, when it scored $207.4 million stateside for its opening weekend. But even those numbers weren't mighty enough for the Steven Spielberg-produced juggernaut, which devoured Avengers' throne with a whopping $209 million domestic opening weekend.

Very classy, Mr. Feige If anything, Jurassic World's record-breaking performance will only bolster Guardians of the Galaxy 2's profile, since Pratt stars in both.

Want to see how Jurassic World and The Avengers stack up against the rest of Hollywood's finest? Check out ComicBook.com's Highest Grossing Movies Of All Time list!