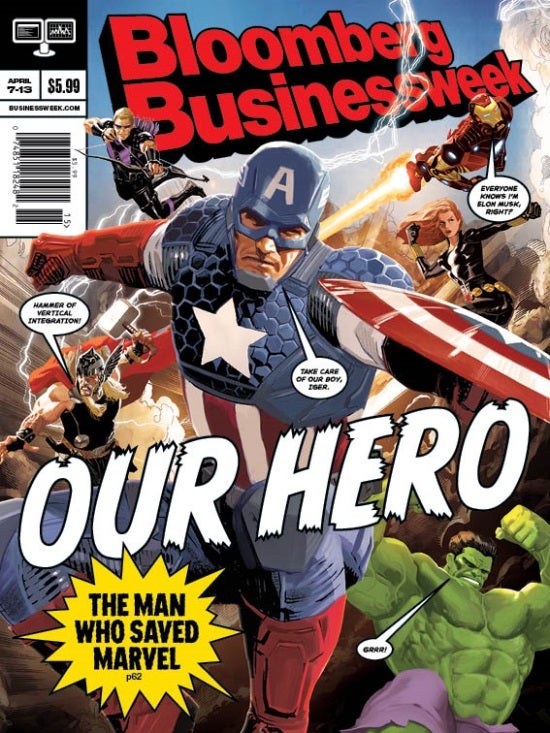 Perfectly timed to be released on opening day for Captain America: The Winter Soldier, the newest issue of Bloomberg Businessweek features a cover story about Marvel Studios President Kevin Feige. The cover story, titled "Kevin Feige, Marvel's Superhero at Running Movie Franchises," features interviews with Feige, CEO of The Walt Disney Company Bob Iger, and others, and tells the story of how Feige became one of the most powerful producers in Hollywood. The interview has Feige discussing the past, present, and future of Marvel Studios, including Captain America, Guardians of the Galaxy, future films, and the effects of Disney's purchase of Marvel. The new issue of Bloomberg Businessweek, featuring an Avengers cover created by Marvel Comics, goes on sale Friday, April 4.

Marvel Studios' Kevin Feige Is A Hero In Bloomberg Businessweek