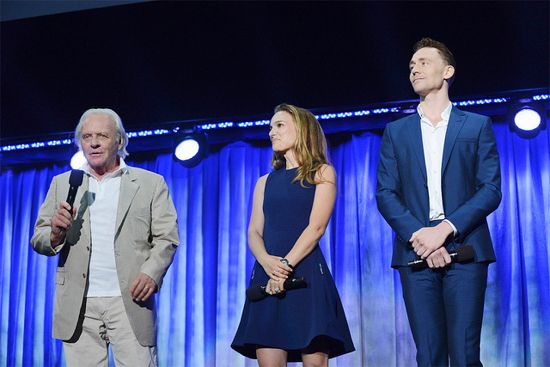 Marvel Entertainment has officially released video for the Marvel Studios presentation at D23 Expo. While the video doesn't contain the trailers and clips from the movies that were shown at D23, it does show the cast and crew introductions for Thor: The Dark World and Captain America: The Winter Soldier. At the beginning of the Thor presentation, Tom Hiddleston takes the stage first. Hiddleston announces, "I didn't bring the costume, but I did bring some friends of mine." During the Captain America presentation, Chris Evans tells a funny story about planning to go to Disneyland, but forgetting that he was already taking part in D23. For the Guardians Of The Galaxy presentation, the cast and crew are currently filming in England so there is just a brief overview of the film from Marvel Studios President Kevin Feige. Check out the videos below.