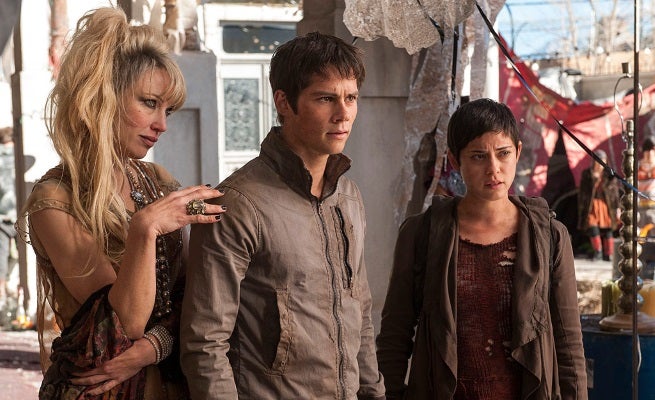 New images from Maze Runner: The Scorch Trials have been released online.

Based on the young adult novel The Scorch Trials by James Dashner, the second film in the Maze Runner series sees Thomas (Dylan O'Brien) and the other Gladers searching for more information on the mysterious organization called W.C.K.D. The search brings them to Scorch, a desolate wasteland littered with new obstacle. There, the Gladers team up with resistance fighters to uncover W.K.C.D.'s master plan.

The images were released on Wednesday by Entertainment Weekly and People Magazine.