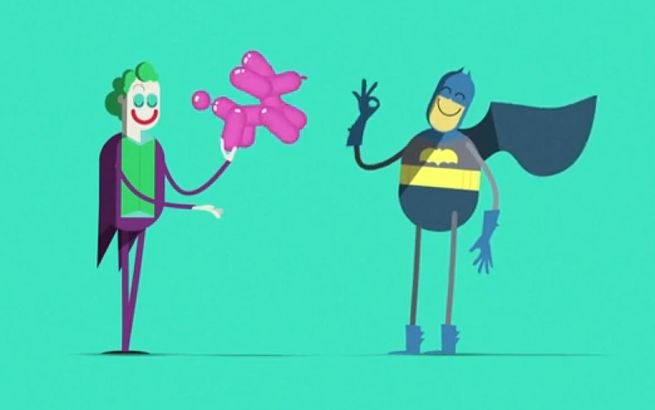 While Batman and The Joker have faced off countless times in comic books, movies, TV shows, and video games, McDonald's is hoping that the archenemies will finally choose lovin'. It's all part of a new campaign by the fast food giant to help reignite their famous tagline – "I'm lovin' it".

For example, the archenemies video begins with Pac-Man running into ghost Inky, resulting in an explosion of hearts. Then, The Joker makes a balloon animal for Batman, who responds by giving an "ok" hand gesture.

Other parts of the video show Dorothy and the Wicked Witch of the West riding a broom together, SpongeBob Squarepants and Plankton blowing heart-shaped bubbles together, Freddy Krueger sharing Chicken McNuggets with Jason Voorhees, the Smurfs sharing apples with Gargamel, Wile E. Coyote making an explosion of hearts for The Road Runner, and more. Near the end, the video gives the two word message to "choose lovin'" before ending with the McDonald's tagline "I'm lovin' it".

McDonald’s Wants Batman And The Joker To Choose Lovin’