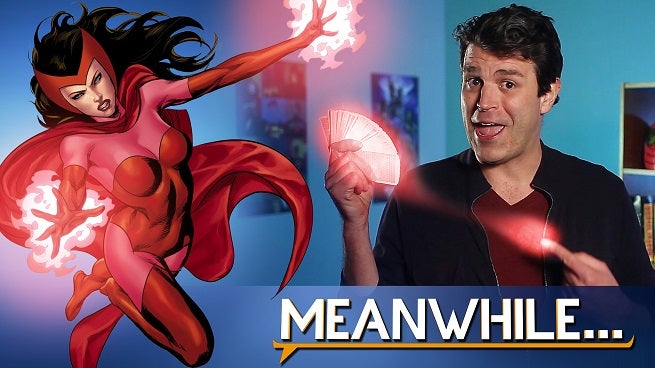 When the latest Avengers: Age of Ultron trailer hit, there were plenty of folks out there asking who Elizabeth Olsen's Scarlet Witch was.

If one of those was you -- and, admit it, this is a character even some comic book fans don't know as much about as maybe they should -- Meanwhile... has a new episode that will help you figure it out.

Elizabeth Olsen stars as the Scarlet Witch in Marvel's "Avengers: Age of Ultron." But who is Scarlet Witch, and where do you start when you want to read her comics? In this episode, Nathan dives into the back story of the Wanda Maximoff and gives great places to start reading. He also lets you know how to jump into current stories.

Meanwhile... Catches You Up With Avengers: Age of Ultron's Scarlet Witch