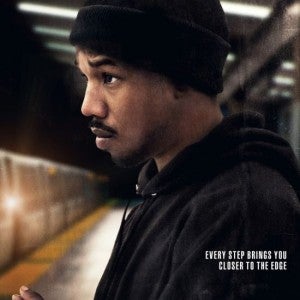 Remember the rumors that Michael B. Jordan auditioned for Star Wars Episode VII? Well, Michael B. Jordan has now confirmed that the rumors were true. In an interview with the Huffington Post, Jordan revealed that he auditioned for an unspecified part. And unlike Saoirse Ronan's audition for a role that involved a lightsaber, Jordan's audition didn't involve a lightsaber. Could he have been up for one of the villain roles in the film? "I mean, everybody's going in on this project. They're trying to figure out what they want," he said. "That's another incredible franchise. It's pretty crazy! ... We'll see how it happens. I don't know how I can do everything." In addition to Star Wars Episode VII, Michael B. Jordan is also rumored to be up for the role of the Human Torch in Fantastic Four. In regards to Fantastic Four, Jordan said, "Definitely interested in the project. Josh Trank is a buddy of mine." Star Wars Episode VII is scheduled to be released in movie theaters in the summer of 2015.

Michael B. Jordan Auditioned For Star Wars Episode VII Without A Lightsaber