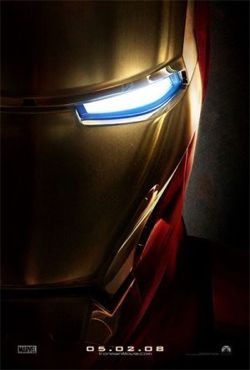 is reporting that after several weeks of speculation, actor Mickey Rourke will indeed star in the forthcoming Iron Man sequel. Reportedly, Rourke was dissatisfied with Marvel Studios' initial offer of $250,000 to play an Iron Man villain and the deal at first fell through. During this time, director Jon Favreau remained hopeful to snag the veteran actor. Even Iron Man himself, Robert Downey Jr., got involved in the actor's recruitment. Taking a page out of The Avengers, Downey invited Rourke to join the cast of Iron Man 2 during a roundtable interview with Newsweek's David Ansen. Sources claim that Downey's candor sealed the deal with Rourke, who in turn agreed to salary terms with Marvel. While Marvel has yet to release details surrounding Rourke's contract, Variety is reporting that the actor will, in fact, play the villain Whiplash. This version of Whiplash will cull elements of another Iron Man villain, the Crimson Dynamo. In other words, Rourke's Whiplash will be Russian and have possible ties to another Soviet villain playing a part in the Iron Man sequel: the Black Widow. Fresh on the heels of the Rourke announcement, DHD is reporting that actress Scarlett Johansson has agreed to play the Russian villainess who'll also play a love interest to Downey's Tony Stark. Johansson is filling in for actress Emily Blunt, who earlier this year had to drop out of the film due to a contractual snafu with Fox.