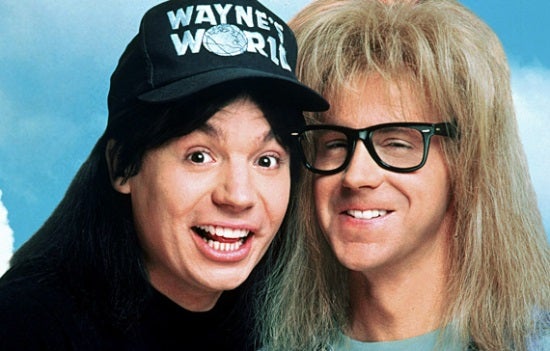 Mike Myers is a comedy veteran. He's a Saturday Night Live alumnus who has written in starred in many comedy films. Perhaps none are more popular than his Austin Powers and Wayne's World film. In an interview with GQ, Myers was asked if he could return to those franchises in the future. He's explains that it's complicated, but quite possible.

That's an interesting question. The quick answer is: Yes, I'm prepared to do anything, you know, if it's good. If it feels like it's going to be thrilling. You know, one of the great things of turning 50, one of the great things of becoming a parent, is I get to be me. I don't have to please anybody. I'm extremely happy with how things are going, have gone, and will go. I'm very grateful for my beautiful family and I'm grateful that I got to choose an artist's life. But I don't have to explain myself to anybody. I can tolerate living in the temporary uncomfortability of being misunderstood. At the end of the day, the feedback I get from people—including George Harrison which is of course extraordinary—but equally, and I promise you equally as meaningful to me, complete strangers, who are not known artists, who have said "We're going through a hard time and we put on Austin Powers, Wayne's World, whatever, and for that moment that your movie was on there was a truce in our house...." That's all that Shep ever talks to me about, by the way, did you know that? He never talks to me about box office, he just keeps saying to me, "Do you know how much joy you bring people?" And I go, "I don't." But he goes, "That's it, dude, your movies make people happy."

Myers explains in the interview that he has at least five other ideas for films percolating in his brain, so there are a lot of different directions that Myers may go in next. Fans will likely be happy to know that more Austin Powers and Wayne's World are still possibilities.