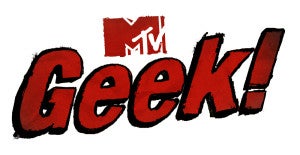 MTV is getting out of the "geek" entertainment business just as so many others are doubling down. In a blog post earlier today on MTV Geek, the site announced that while MTV News will continue to cover the biggest events in comics, sci-fi and other genre entertainment, the particular subsite specifically geared toward that kind of material is finished. The site had opened almost exactly three years ago--on September 29, 2010. "Friends and fellow geeks — We're shutting up shop and heading to the great arcade in the sky," said the short post. "Our friends over at MTV News will provide continued coverage of ComicCon, your favorite geek movies, video games and more. Thanks to everyone for the great run." MTV Geek was an interesting animal; the most obvious comparison, especially since it was briefly shuttered earlier this year, would be to AOL's Comics Alliance site but it would be a false parallel. Comics Alliance generally created new, exclusive content while most of what went up on MTV Geek was secondary reporting (as is the case with most comics and movie sites), and the stuff that was legitimately original ended up reblogged by MTV News anyway, where the company had a bigger audience. Its frequency and timeliness had nevertheless dropped recently, and from a personal point of view I can say that we at ComicBook.com frequently enjoyed their work, but have found ourselves linking to it less and less frequently as other sites would beat them to the story by hours. Nevertheless, the contributors there were generally top-notch and we wish them the best of luck.