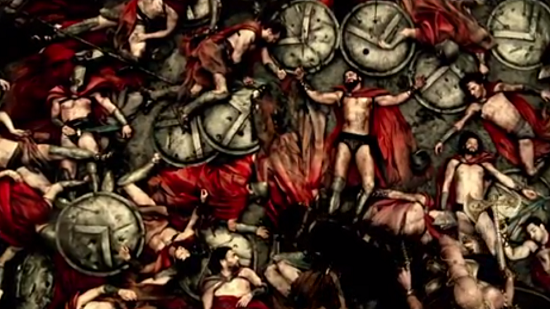 The latest trailer for Warner Bros. and Legendary Pictures's 300: Rise of an Empire is now available for viewing online. You can check it out embedded below. Due in theaters on March 7, 2014, the film is a sequel to Man of Steel director Zack Snyder's career-making 2007 hit based on Frank Miller's graphic novel 300. The sequel was originally scheduled to be released in August 2013 but was delayed. It's reportedly based on a story by Miller, but the Xerxes graphic novel he was working on to tie into the film has also been delayed--indefinitely, in that case. The film will feature Sullivan Stapleton's Athenian general Themistokles in a head-to-head military campaign taking place on the ground and at sea against Eva Green's Artemisia.