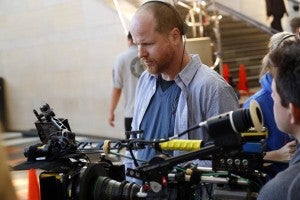 There are very few directors who are popular enough that their names are used to sell a movie or television project: Steven Spielberg, J.J. Abrams, Christopher Nolan, and James Cameron are a few names that spring to mind. With the success of The Avengers, Joss Whedon can also be added to that list. Of course, many would probably argue that Joss Whedon belonged on the list before The Avengers, as he had a number of successful previous TV and movie projects, but The Avengers really catapulted him to a whole new level. In the latest TV promo for Agents Of S.H.I.E.L.D., ABC isn't shy about using Joss Whedon's name to help sell the show. The video even highlights Joss Whedon's appearance on the cover of last week's Entertainment Weekly. In Agents Of S.H.I.E.L.D., Clark Gregg reprises his role of Agent Phil Coulson from Marvel's feature films, as he assembles a small, highly select group of Agents from the worldwide law-enforcement organization known as S.H.I.E.L.D. Together they investigate the new, the strange, and the unknown across the globe, protecting the ordinary from the extraordinary. Coulson's team consists of Agent Grant Ward (Brett Dalton), highly trained in combat and espionage; Agent Melinda May (Ming-Na Wen), expert pilot and martial artist; Agent Leo Fitz (Iain De Caestecker), brilliant engineer; and Agent Jemma Simmons (Elizabeth Henstridge), genius bio-chemist. Joining them on their journey into mystery is new recruit and computer hacker, Skye (Chloe Bennet). Agents Of S.H.I.E.L.D premieres on Tuesday, September 24, 2013 on ABC.