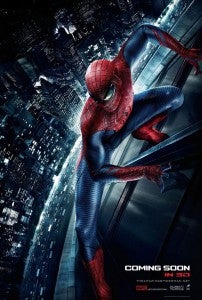 Denis Leary has been known for drama for a while now, and his high-tension performance in The Amazing Spider-Man appears to remain in line with that so far--but a new clip released earlier today from the film brings him back, at least a bit, to his comedy roots. The clip below, which shows Peter Parker coming to Captain George Stacy at the New York Police Department, culminates with a one-liner which is sure to endear Leary to some fans, as it's the first really interesting thing we've heard from the character, who is well-liked by comic book fans but whose movie iteration appears to be primarily just another "crochety, aging cop" character. Check out the clip below and let us know what you think of Leary as Stacy.