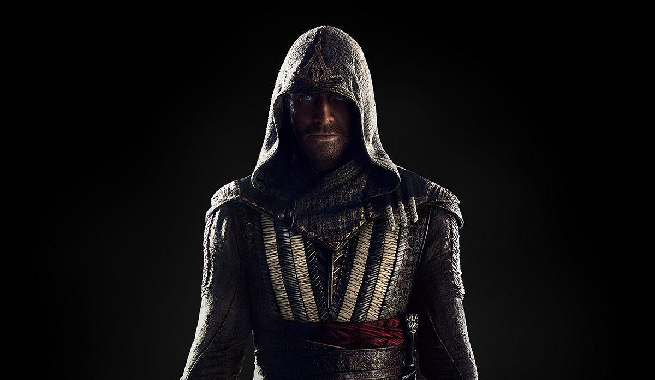 A new photo from the set of the Assassin's Creed movie has been released by DMC Film's on Twitter.

In the photo, star Michael Fassbender stands facing a wall, exposing a mark on the back on of his neck and a phrase on the wall, "Progress requires sacrifice."

Fassbender's modern day character, Callum Lynch, could be going through similar genetic memory recovery programs, which Desmond Miles experienced in the first Assassin's Creed video game. Perhaps the Assassin's Creed film is pulling a page out of The Matrix's book and hooking humans up by their neck's to access their minds.

The setting and motto on the wall doesn't hurt the theory of this location being the Abstergo location from the same game, or at least the movie's equivalent.