A Japanese version of The Avengers trailer has been released, and it provides the best look at Loki's army yet. Loki's army appears to be entering though some type of interdimensional portal, and they definitely look more alien-like than ever. As the aliens fly out of the portal, they appear to riding something similar to an atomic steed. One of the aliens almost looks like he might have dreadlocks. 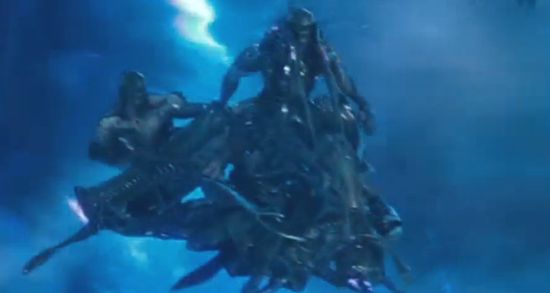 In this other shot, we see Hawkeye fighting with the aliens. Even though the aliens are halfway out of the shot, we get the best look yet at the aliens' bodies. Only the face of the aliens is obscured. The body of the aliens appears greenish-grey with armor. From these close-ups, the aliens almost look like Badoons in body armor. 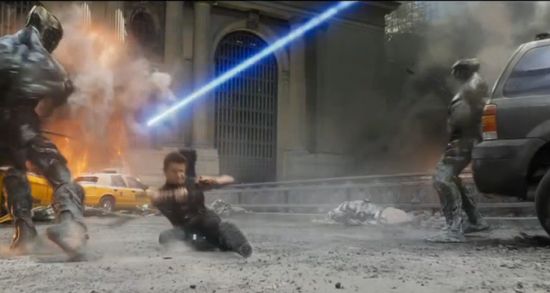 In this final shot, we see the aliens jumping off of the Leviathan. This scene definitely makes the Leviathan look more like a spaceship than a type of sea creature or dragon like has been speculated. The aliens here appear almost bug-like when they are jumping, which might tend to lead speculation toward the Annihilation Wave. 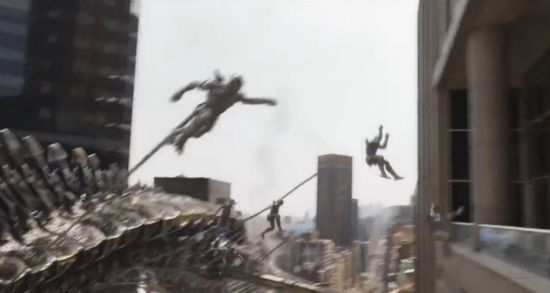 Even with all these new images, it's still unclear exactly who the aliens are. However, Loki's army definitely is starting to look more alien, which starts to cast doubt on the possibility of Loki's army being either from the nine realms or Atlantis.