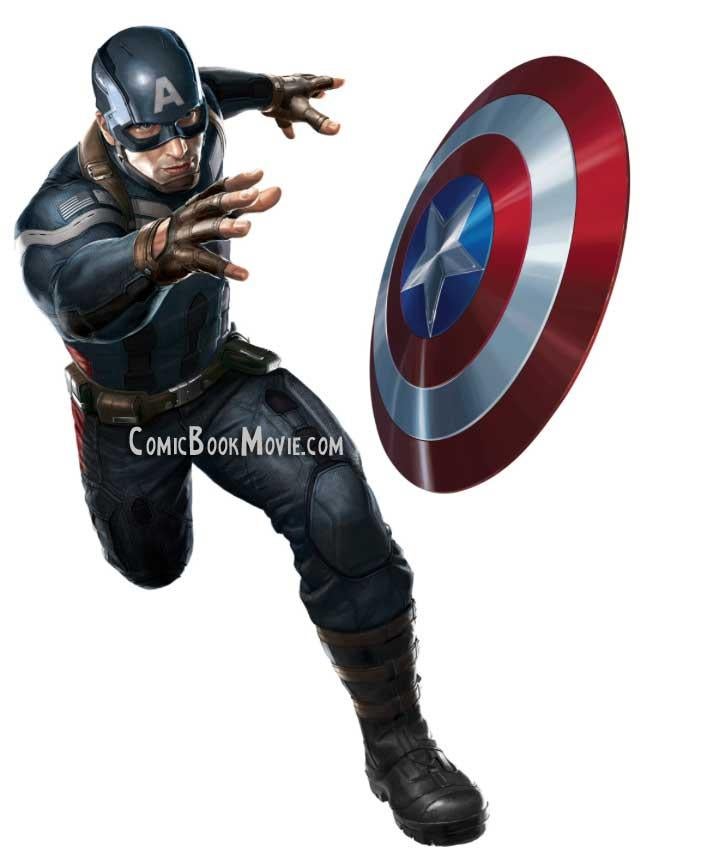 In spite of a series of concept art images from Captain America: The Winter Soldier having been recently released on the Blu-ray box set for the Marvel Cinematic Universe Phase One, it stuck out to some fans that none of those images actually depicted Steve Rogers, the titular Captain America, actually in-costume. The one image of Rogers was in plainclothes, holding his shield and squaring off against The Winter Soldier. A week or so later, when Marvel released its first look at the film, the character was in costume of some kind, but some fans noticed that a pocket on one leg reminded them more of his World War II costume than the one he wore in Marvel's The Avengers. Going backwards seemed unlikely, so it's probably a safe bet he's getting an updated look for the next movie, not unlike what the studio has been doing with each subsequent Iron Man film. Enter Comic Book Movie, who never seem to have a shortage of sources willing to feed them concept art from movies new and old. They've got a just-released image that they say is the character's look from the sequel--and that they correctly point out looks an awful lot like the "Steve Rogers: Super-Soldier" look from a few years ago, which of course tracks with the idea of Rogers as an agent of S.H.I.E.L.D. in a "'70s spy thriller"-style movie that Joe and Anthony Russo have talked about for Captain America: The Winter Soldier. But how will casual fans respond to a Captain America look that removes the flag motif? Assuming this is legitimate--and that it's the one that ends up being used (both of which seem as likely as not)--expect some rumblings about this one from certain corners of the non-comics-reading community, in addition to the normal fanboy grumbling we get every time there's a costume change. NOTE: Yes, we KNOW that there are clearly stripes on the midsection in the concept art at left. But with the dark blue and everything else greyed in for a darker shade, it simply loses the look of being American flag-inspired.