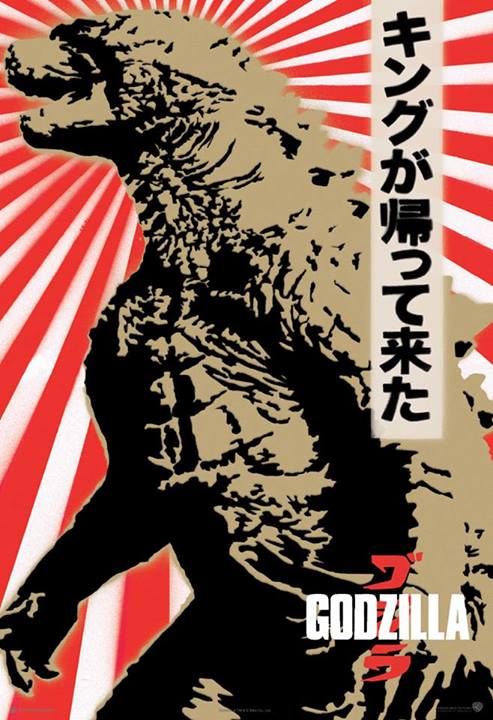 Warner Bros. and Legendary Pictures have revealed a new Godzilla poster that they will be giving away at WonderCon. The poster evokes Godzilla's Japanese origin by surrounding his head with the red rays, seen on some Japanese military flags, and including Japanese characters down the right side. The poster will be given away, in limited numbers, during an autograph session with Godzilla director Gareth Edwards on Saturday, April 19 at 10:30 a.m. at WonderCon. In Godzilla, the world's most famous monster is pitted against malevolent creatures who, bolstered by humanity's scientific arrogance, threaten our very existence. Godzilla comes to theaters May 16.