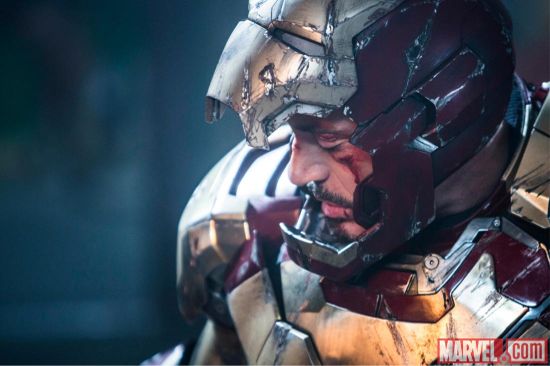 Our Iron Man 3 sources have been telling us from the beginning that Tony Stark really gets put through the ringer in Iron Man 3. Marvel Studios has released a brand new image from Iron Man 3 that seems to back up what we've been hearing. The newly released photo shows a battered and bruised Tony Stark in scratched and damaged Iron Man armor. The teaser text with the image asks "What could have done this to Iron Man?" Iron Man 3 is scheduled to be released in theaters on May 3, 2013.