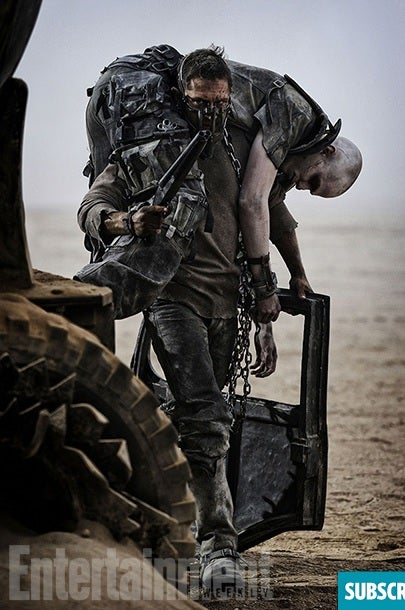 A new image from writer-director George Miller's long-in-development Mad Max: Fury Road has gone largely unnoticed since it appeared in a recent story in Entertainment Weekly.

So we figured we'd share the image -- which appears to show actors Tom Hardy and Nicholas Hoult below.

While Miller wouldn't dish on the conflict between the two characters, he did praise the performance of Charlize Theron, who plays a warlord in the film.

''Charlize was driving the war rig back to base camp, and I was sitting in the cabin behind her," Miller told EW. "I remember thinking, 'She is the Imperator, and if this was a real wasteland and we were at war, I'd be really happy she's on our side.'''