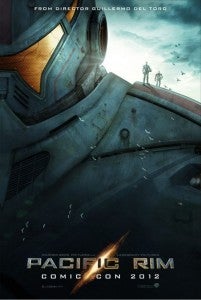 Guillermo del Toro has been everywhere today, but what we didn't expect was a new look at his upcoming film Pacific Rim, which is set to hit theaters via Warner/Legendary in July. That's what we got, though; although this new trailer is mostly just a reworking of the old one, there's a bit of new footage in there. The trailer debuted at the Consumer Electronics Show during Qualcomm's presentation. Qualcomm were apparently quite busy today; they also just announced that they will be releasing a sophisticated new app for fans to access Star Trek Into Darkness content on Super Bowl Sunday.