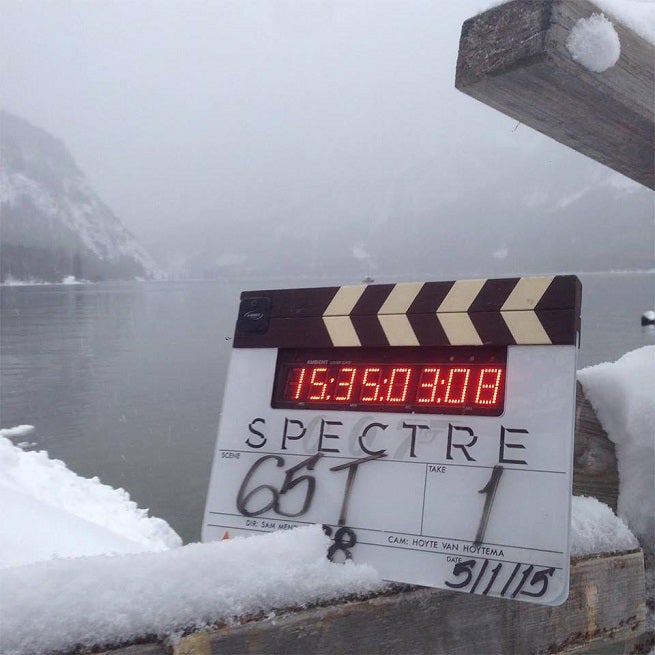 Sharing the photo above and the caption "First day back on set," Spectre has resumed production for 2015 and they're doing so in the snow.

Following a fan-shot video of Bond on board a boat, it seems there's quite a bit going on along the water in the film.