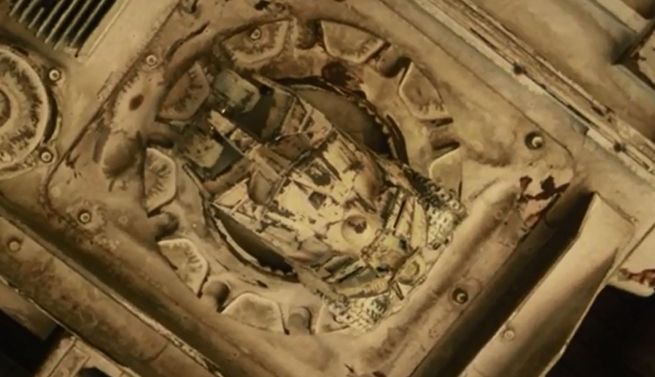 We're really glad that Batman V. Superman: Dawn of Justice director Zack Snyder started a little back-and-fourth between Star Wars Episode VII director J.J. Abrams. The competition between these two to one-up each other has revealed some of the best photos and now video released yet for the two movies.

In the latest video released by J.J. Abrams' production company Bad Robot, we get the first official video of the Millennium Falcon, which contains a very special Batman Easter egg. Yes, a replica of the Batmobile (Tumbler) from The Dark Knight trilogy is part of the Millennium Falcon. As an added bonus, the background music changes to the familiar score from The Dark Knight trilogy during the big reveal.